An excellent discussion, including definitions, appears in Perry Miller and Thomas H. Johnson, The Puritans, 1:1-12. This work, though, deals mainly with New England Puritanism and refers only in a limited way to the English divines.

The Grace of Law: A Study in Puritan Theology, p. 17. This work is a fine discussion of the place of moral law in sanctification, as viewed by the Puritans.

This concept is best recognized and developed in Philip Edgcumbe Hughes, Theology of the English Reformers. Unlike those who discuss Puritanism from a merely social standpoint, Hughes recognized the spiritual and theological importance of the movement. The social historians are often baffled by the Puritans' emphasis on spiritual experience.

This theme is developed in William Childs Robinson, The Reformation: A Rediscovery of Grace. Robinson criticized American preachers who fail to appreciate the Reformers' doctrine, saying that without doctrinal roots there is no evangelical church.

The current struggle is examined in Francis A. Schaeffer, The Church at the End of the 20th Century (Chicago: Inter-Varsity, 1970). Schaeffer called the conservative church back to its historic doctrine and practice.

What's Wrong with Preaching Today? (London: Banner of Truth, 1970), pp. 16, 17. Martin traced the failures of modern preaching to deficiencies in the preacher's devotional life and in the Content of his messages.

One example is Paul Tillich, Systematic Theology, 3 vols. (Chicago: University of Chicago, 1969). His philosophy of history reduces his theology to meaningless "jibberish." His ontological blunder was to make "being" equal everything and thus nothing! Critiques of Tillich are Kenneth Hamilton, The System and the Gospel: A Critique of Paul Tillich (New York: Macmillan, 1963); and John Warwick Montgomery, "Tillich's Philosophy of History," Themelios 4 (1967): 28-41.

This fact is being rediscovered today more than ever before in this century. See two Methodist works: Gordon Stevens Wakefield, Puritan Devotion: Its Place in the Development of Christian Piety; and Robert C. Monk, John Wesley: His Puritan Heritage. The latter traces Wesley's use of various Puritan books, some of which he even republished! On the Puritan influence on Baptist preacher Charles Haddon Spurgeon, see Ernest W. Bacon, Spurgeon: Heir of the Puritans (Grand Rapids: Eerdmans, 1968).

Conscience, with the Power and Cases Thereof, preface. Ames became a famous casuist in his own right.
The Grace of Law, p. 19.

This is due in part to the early dispensational view that the church of Sardis (Rev. 3) represents the Reformation period in church history. The Sardis church was alive but dead; only a few had believed. Thus many fundamentalists have underestimated seriously the importance of the Reformation. The English Reformers, however, were anything but worldly and "dead."

It is in this vein that Schaeffer analyzed the current trend of modem philosophical thought away horn reason and toward the despair of existentialism. Escape from Reason (Chicago: Inter-Varsity, 1968), pp. 42-45. He traced the loss of meaning and purpose in contemporary thought and life to the abandonment of any rational hope in finding the real meaning of man's existence. He called contemporary man back to the truth of Scripture. Ibid., pp. 80-87.

"Introductory Essay," in John Owen, The Death of Death in the Death of Christ (London: Banner of Truth, 1963), p. 4. This essay provides a guideline to Owen's teaching on the limited atonement.
Hyper-Calvinism is that form of Calvinism that forbids the use of evangelism and missions to reach unbelievers. But advocates of this view forget that the same God who ordained the result (salvation by God's sovereign grace) also ordained the means (the fervent preaching of the gospel to sinners and inviting them to trust Christ as Savior) in order to bring it to pass. 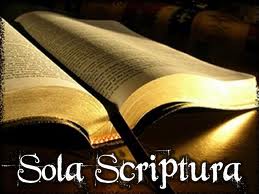